What’s In A Name?

It’s pretty simple.  His name is Forrest Scott Arnold.  His mother wanted to name him after his uncle (Forrest), but call him Scott.  But she didn’t like the ring of “Scott Forrest” as well as “Forrest Scott.” So he became a “Scott” to family and friends and he got used to explaining that he went by his middle name.

But over the next 25 years, “Scott” became a more common name.  It wasn’t as unique and (as you may already know) he sometimes enjoys being different.  He worked for the Forest Service one summer and experimented with being called “Forrest.” (Since no one knew him, it wasn’t awkward to them.) 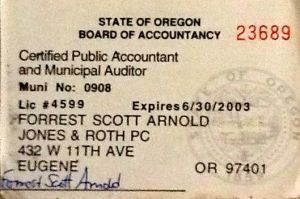 Then, a few years later he took his first job as an accountant and realized he had a singular opportunity.  No one in his new professional community knew his name. 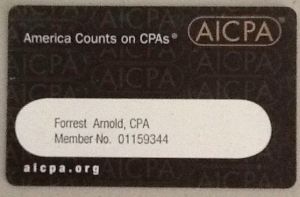 He could be a “Scott” or a “Forrest” or a “Rocky” and it would be all the same to them.  Since he is a conservative guy, he opted for “Forrest” rather than “Rocky.”  It was also a practical decision, because he had a housemate whose first name was “Scott” and it was really confusing living in the same house with someone who had the same name.

At this point Jody, who had married him as “Scott,” started calling him “Forrest,” to distinguish him from the housemate Scott.  After six and a half years, that Scott and his wife moved out.  Jody had a schizophrenic five years or so learning to call him “Scott” again without thinking of the other Scott.  And numerous acquaintances who had only heard her talk of “Forrest,”  wondered if she had gotten a different husband! 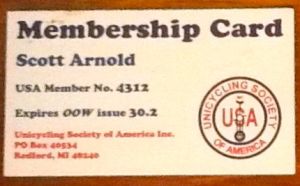 Over the next 34 years he was mostly “Forrest” in his professional life and “Scott” in his (more) personal life.  Sometimes it got confusing (imagine his brother calling “Scott” at work and hearing:  “Hello, this is Forrest”) but it mostly worked out.  It even had a nice bonus:  Forrest is a fairly unusual name and few people knew another Forrest.  It was nice to be able to call someone on the phone and say it was “Forrest” and know that they immediately knew who it was.

But now his life is careening in a new direction and he’s going to have a wildly different and expanded community of friends, associates, and acquaintances.  He realized that he had another singular opportunity – what name should he go by?  Would it by “Rocky” this time?  No, he’s a conservative guy.  Family won out.  (Big cheers from Jody, who didn’t want to switch again.)  To our new friends in our new community, he’ll introduce himself as “Scott.”  And for those of you who have always known him as “Forrest”- you can still call him that, because he’s a “Forrest” too! 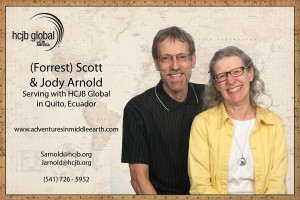 Scott and Jody have been married for 42 years and have six adult children and four grandchildren. Scott worked as a CPA for over 32 years and Jody was a homeschooling mom. They are now serving as missionaries in Quito, Ecuador with Reach Beyond (formerly HCJB Global).
View all posts by scottandjody →
This entry was posted in Family and tagged Family. Bookmark the permalink.