Mindo: The Beauty and the Itch

Last weekend we visited Mindo, an ecotourism town about two and a half hours from Quito.  We stayed at Hacienda San Vicente, also known as La Casa Amarilla (the Yellow House).

Here are some photos; click on one and you’ll be able to scroll through the gallery of full-size photos.  Then hit “esc” to get back to the blog. 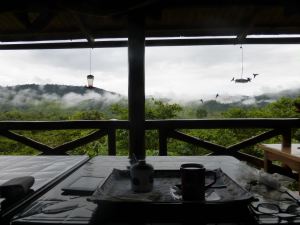 The birds are blurry, but not the lush wooded mountains 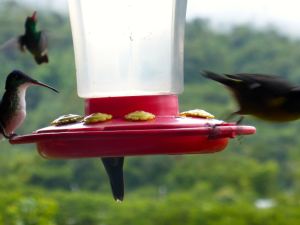 The road from Mindo to the hacienda 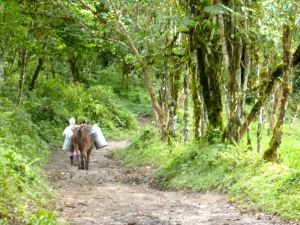 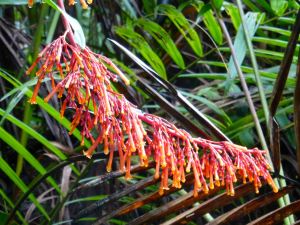 Almost two days after our four-hour hike on the hacienda’s beautiful trails we realized that we had brought home more than memories and photos:  chiggers!  Chiggers are the juvenile or larvae form of tiny mites which live in tall, wet grasses and catch rides on passers-by.  They crawl under your clothes, latch on (but evidently don’t burrow), and chomp away for a few days.  In our case, the result was nasty, itchy welts (about 25 for Scott and 15 for Jody), which persisted for several days.

Lesson learned:  use strong insect repellant on feet and ankles, tuck long pants into your socks, and shower well with lots of soap after each hike.

Want to know more about chiggers?  Wikipedia has a good article, as does MedicineNet.

Scott and Jody have been married for 44 years and have six adult children and four grandchildren. Scott worked as a CPA for over 32 years and Jody was a homeschooling mom. They have been serving as missionaries in Quito, Ecuador since 2014.
View all posts by scottandjody →
This entry was posted in Ecuador, Travel and tagged Birding, Mindo, Travel. Bookmark the permalink.

1 Response to Mindo: The Beauty and the Itch