When You Give a Stranger Your Camera

On the Pichincha ridge high above Quito we asked a random passer-by to take a photo of the three of us.  Being creative, he lifted the camera high above his head to get more of Quito in the background.  What we didn’t realize until later was that he was pressing the Video button rather than the Photo button.  What followed is a bit funny:

And finally a photo! 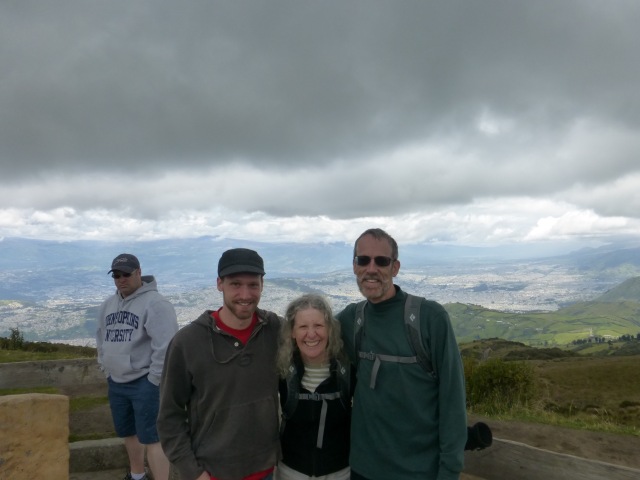 Scott and Jody have been married for 42 years and have six adult children and four grandchildren. Scott worked as a CPA for over 32 years and Jody was a homeschooling mom. They are now serving as missionaries in Quito, Ecuador with Reach Beyond (formerly HCJB Global).
View all posts by scottandjody →
This entry was posted in Ecuador, Family, Quito and tagged Ecuador, Family, Quito. Bookmark the permalink.