As we neared the end of our first three-year term we started planning our first HMA (Home Ministry Assignment). We hoped to get our residence visas in early August and take off for some beautiful Oregon weather. We’d be busy and have lots of meetings but the weather would be NICE.

As the visa saga continued, August-September became “maybe September-October,” then “maybe October-November.” I (Jody) remember being depressed as the first of October came and I wasn’t in Oregon for my quilt guild’s quilt show. I so wanted to be there and see so many friends at one event.

When I got my visa in November, we bought tickets that would let us have eye surgeries in December, spend Christmas with family, and then travel much of January. Eugene hit us with an ice storm which cancelled four meetings and appointments but not Scott’s cataract surgery. It was like God said, “Ok, time to slow down.” I had retinal surgery the next week, which went well but hasn’t improved my vision (yet). 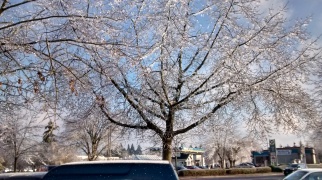 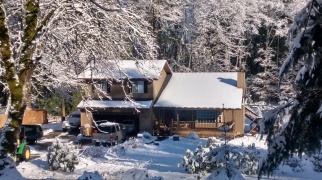 We knew seven weeks wasn’t enough time to meet with all of our supporters, which is the usual goal during HMA. So we had three open houses to let people connect with us if they wanted. Between church, family gatherings, individual meetings, and the open houses we managed to see 39 of our 56 supporters.

Here are a photo and a video taken while visiting friends in California. The weather was lovely on the drive down and during our stay. However, we had rain or snow the whole drive back to Eugene, and chained up at the California-Oregon border. 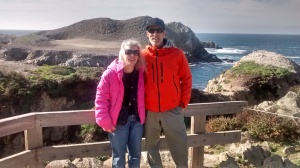 We had so many wonderful conversations catching up with people. We wish we could have spread them out over a year or two, but that’s not the way it works. We’re thankful for everyone we got to see and talk with.

We celebrated Christmas with our family for the first time in three years with 15 around the table and games afterwards. 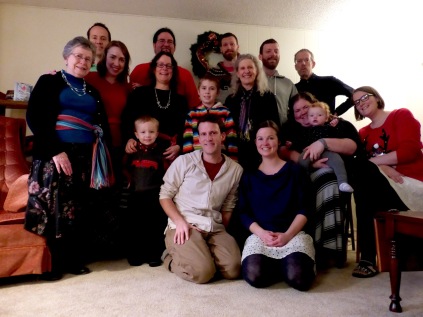 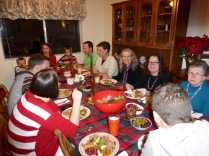 We squeezed in times for games and crosswords and just hanging out with our “kids” and grandkids. It was a very blessed time. 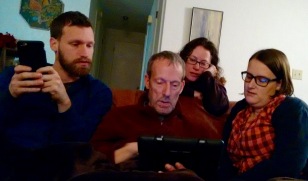 Returning to Quito felt more like coming “home” than it ever had before. We’ve decided that switching from Ecuador to the US is much weirder than switching from the US back to Ecuador. I guess living in Ecuador is our new normal.

We passed a milestone on New Years Day: three years since we left the U.S.  Although we don’t know how long we’ll be here, I’m feeling like we’re starting our second term. I’m glad we get to build on what we’ve learned in the last three years, and I’m excited to see what God will do next.

Scott and Jody have been married for 44 years and have six adult children and four grandchildren. Scott worked as a CPA for over 32 years and Jody was a homeschooling mom. They have been serving as missionaries in Quito, Ecuador since 2014.
View all posts by scottandjody →
This entry was posted in Family, Missions and tagged HMA. Bookmark the permalink.

1 Response to Our First HMA