A Fourth of July Party (in June?)

The location was where U.S. ambassadors lived in the past, but it is vacant now. The grounds, however, are spacious and beautiful. And it’s right on a cliff so the view is fantastic. Breathtakingly beautiful. We met the ambassador and his wife, but we didn’t realize who they were. “Hello, my name is Todd and this is my wife Jeannetta.” How were we to know Todd & Jeannetta weren’t just friendly people? (We can do “Clueless in Quito” in English as well as in Spanish.)

We bought some very expensive (and unusually flavored) ice cream, listened to live music, saw a puppet show by Ecuadorean firemen and a canine demonstration by Ecuadorean police. And we visited with other Reach Beyond people there. Scott even tossed a frisbee around for a while on the huge lawn (or maybe it’s a soccer field?). Thankfully the weather cooperated and we had sunshine rather than rain.

It was a fun and unique experience. 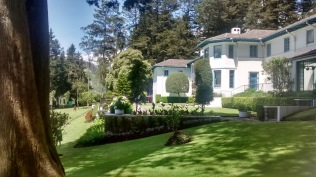 There’s a steep cliff behind that hedge. 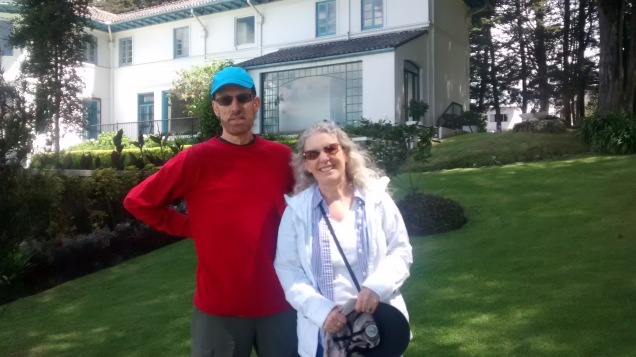 Scott and Jody have been married for 44 years and have six adult children and four grandchildren. Scott worked as a CPA for over 32 years and Jody was a homeschooling mom. They have been serving as missionaries in Quito, Ecuador since 2014.
View all posts by scottandjody →
This entry was posted in Ecuador, Quito and tagged Ecuador, Quito. Bookmark the permalink.

1 Response to A Fourth of July Party (in June?)