The clean water system in Santa Rosa which Scott worked on last September was dedicated at the end of January.  We got to fly into the jungle and be part of the celebration.  My (Jody’s) journal about the trip was polished into a blog post by another missionary, and you can read it here.

Scott described his five days in Santa Rosa and posted photos in our Fall 2015 newsletter.  Here are a few photos from our recent trip.

After landing in San Carlos 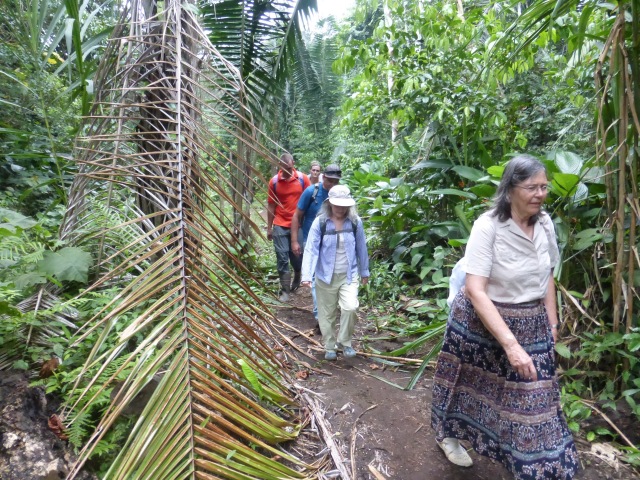 Hiking through the jungle to Santa Rosa

View from the water tower

Scott and Jody have been married for 44 years and have six adult children and four grandchildren. Scott worked as a CPA for over 32 years and Jody was a homeschooling mom. They have been serving as missionaries in Quito, Ecuador since 2014.
View all posts by scottandjody →
This entry was posted in Ecuador, Missions and tagged Amazon jungle, clean water projects. Bookmark the permalink.

1 Response to Return to Santa Rosa